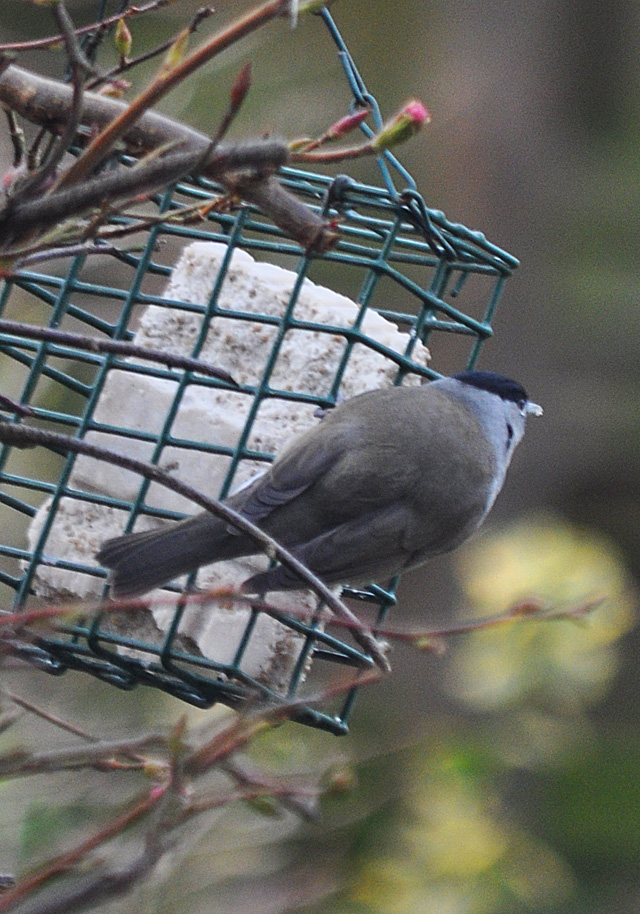 For the past couple of weeks, this blackcap (Sylvia atricapilla) has been feasting on the block of seed-enriched fat hanging from our mock currant. It has been taking turns, albeit grudgingly, with a robin. Every time I look out of the window, there he is, stocking his fat reserves for another chilly night. These members of the warbler family only turn up in winter time, to escape the worst extremes of Scandanavian winters. Most years we see females but this year just this male. Though yesterday a female turned up and then went again. The females look pretty much the same, except their caps are chestnut brown.

I managed to get this blurry picture of the blackcap from the garage where I was also trying to breathe new life into a dried out ribbon. I was using an elaboration of Bill M's technique. Being lazy, and assuming ribbon to be absorbent stuff, I laid out the whole spool and misted it with WD-40.


Rewinding the ribbon, I dragged it through a piece of old towel - pinching the ribbon as it wound on to the spool - so there weren't any bits that were too saturated. You need three hands for this really. And did it work? Well, yes. I wound the refreshed ribbon onto my  green Remington Noiseless Portable, types a few lines and it promptly decided to practically seize-up. Don't worry, it isn't the ribbon doing this. It just needs a drop of oil and maybe the shift spring adjusting - but I haven't got round to doing either, so you'll have to take my for it that it seems to work OK. I misted it by spraying upwards, so the droplets fell like drizzle on the ribbon. 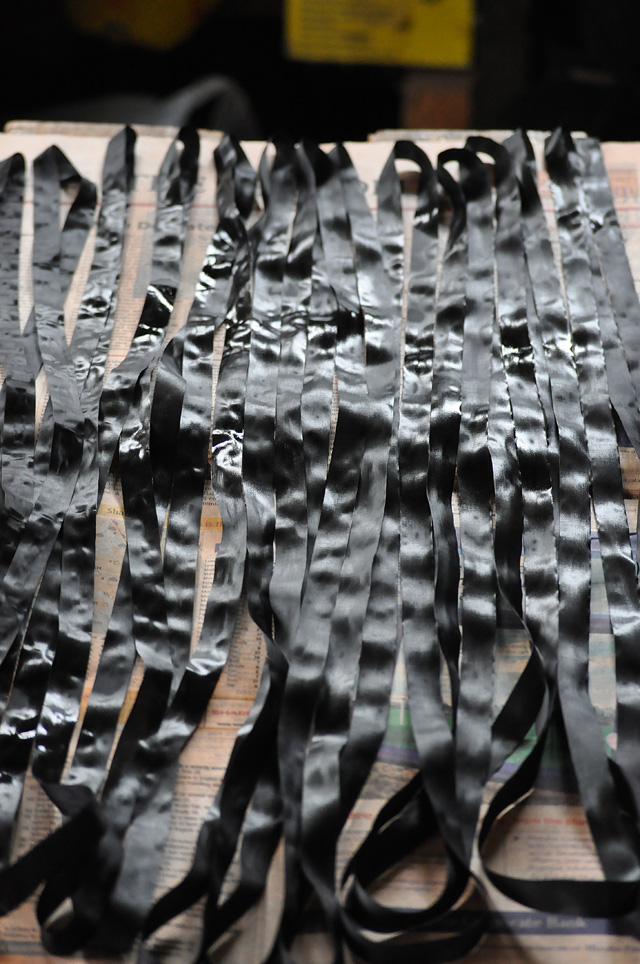