Thanks Richard and Ted for keeping the place aired and making guests welcome in Typewriter Heaven. I'm back from a few weeks holidaying in France and feeling bereft of any inspiration to witter about typewritters. Having said that, there are new acquisitions on the horizon. A vaguely described Olympia portable and an even more cryptically described "typewriter". If they make it through the Pearly Gates, dear reader, you'll be the first to know. Until the muse visits, I'll leave you with a panoramic virtual tour of the village we stayed near, and the sad wartime tale which accompanies the memorial.

Panorama of Frayssinet-le-Gelat supplied by Panoramic Earth
In Frayssinet-le-Gélat, members of the French resistance shot and killed a German officer. For this, 15 young locals were taken hostage and assassinated. Most were young men from one-child families… to prevent any further family line of descent. Five were young women. The schoolmaster attempted to escape, and was shot outside the school. Outside the church there's a monument and a plaque bearing the names of all the fifteen young victims.
Posted by Rob Bowker at 22:01 3 comments: 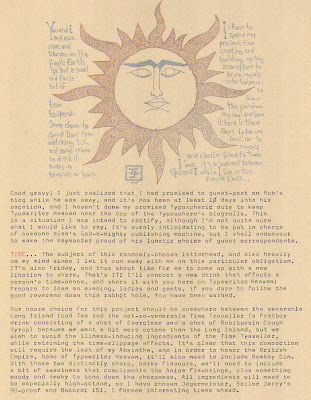 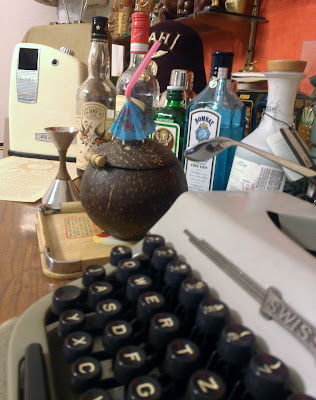 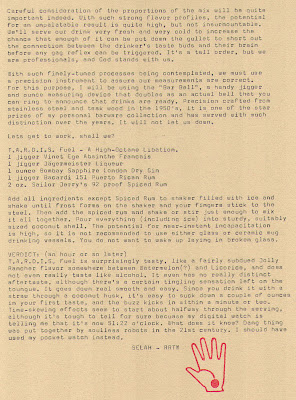 Goldurnit, blogger doesn't work the way I expected it to. I guess you have to click the images to actually read 'm.

If all the trees in all the woods were men;
And each and every blade of grass a pen;
If every leaf on every shrub and tree
Turned to a sheet of foolscap; every sea
Were changed to ink, and all earth's living tribes
Had nothing else to do but act as scribes,
And for ten thousand ages, day and night,
The human race should write, and write, and write,
Till all the pens and paper were used up,
And the huge inkstand was an empty cup,
Still would the scribblers clustered round its brink
Call for more pens, more paper, and more ink. 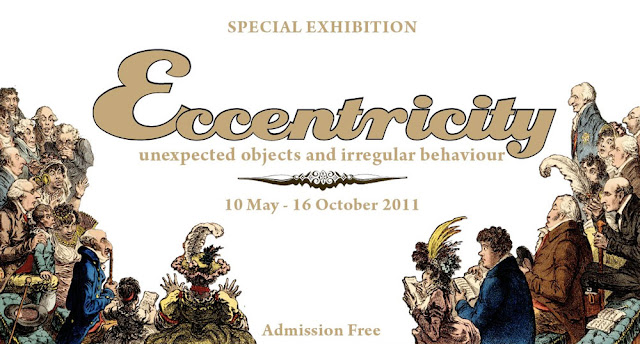 Anyone passing through Oxford? Not sure what's eccentric about typewriters, but the Eccentricity Exhibition promises a few and it might be worth a look at some 'museum pieces' before it closes.  If I get to see it, I'll post some photos. 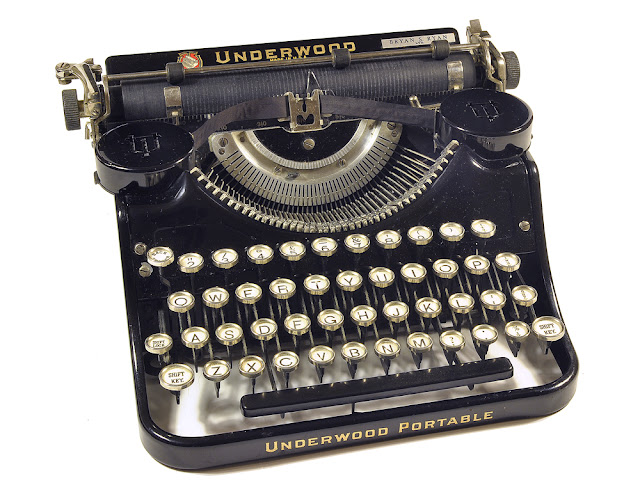 A follow-up on a mission of Mike Clemens' about extinct and extant typewriter dealers and repair shops.
Bryan S Ryan, that's what the silver label on the paper table of my 1933 black Underwod Portable reads. Some Googling and an e-mail later, the mystery is uncovered. Present director of Bryan S Ryan is Adrienne Prendergast who replied:
Hi Rob,
Bryan S Ryan was established in 1948. However, we would have been a major supplier of Typewriters and Service in those years and it is likely that this is a service sticker that we placed on it.
There might be more follow-up from her colleague of long standing at some time, but for now, Mike can put Dublin on the map!
Posted by Rob Bowker at 19:27 1 comment:

...but only in the Schwarzenegger-De Vito sense. The G5 and iPad of their day. I mean, they both do the same thing, right? The Olivetti types very smoothly with an even touch. Now the spring-loaded margins are working and I figured out the only way to properly reinstall the carriage cover/paper table was by simply removing the bail well, there's nothing much wrong with this machine. I have spent an hour or so cleaning it but it is still grubby and ugly and it has been well enough used by someone with long fingernails for the key tops to bear some scars. I'd run out of 0000 wire wool so I cleaned the platen with a light sanding of 400 grit emery paper. Tip: dampen it a little first or you get black dust on the dining room table. The accuracy of the paper feed is such that you can confidently wind in a fresh sheet without getting the usual bent corner or having to straighten the paper before typing.
The other main difference between this and a portable is the chunky quality of the carriage control surfaces. The carriage release levers are jewels of cast and polished aluminium and the return lever's profile echoes the characteristic 'wide mouth' Olivetti smile on the cover. 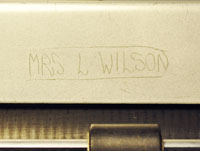 My Dad bought this typewriter sometime in the 80s, probably for correspondence about the church renovation project he was involved with after he retired. Or maybe he just rescued it from a fate worse than dust. So, who is Mrs L Wilson? We'll never know, but she loved her Olivetti so much, she engraved her name on it. I wonder what the L stands for. And whether she wore her nails long.
Posted by Rob Bowker at 01:52 2 comments:

Panorama of Bradfords Brook, Hithercroft supplied by Panoramic Earth
This is what it looks like standing on the edge of a field of corn on a bridge over a brook with reed warblers chattering below - and just the faintest shadow of a robot.

No work on the Olivetti this week - the plumber's been in fitting a new bathroom so it is bagged-up under the bed. But the sun's been shining and I have been out and about trying my new wide angle lens. And sometime yesterday, Typewriter Heaven gave its ten thousandth page view. Imagine that!
Posted by Rob Bowker at 01:02 6 comments:

I'll typecast from the Big-O when I have fixed the left margin and got the paper table/scale properly reinstalled, and I'll try to include an appreciation of the 'feel' for notagain. That's if I'm not too distracted by each seismic shock when the escapement releases a ton of iron southwards, one character at a time. 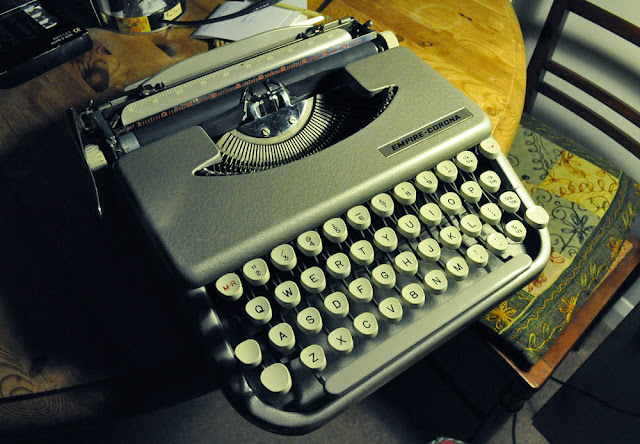 Meanwhile, here's a better photo of that other, smaller Brit - a 1962 Empire-Corona s/n 4Y 664648. Uninspiring in silver Hammerite, but interesting to see it listed on tw-db under British Typewriter's Empire brand. In production immediately after the 'I-can't-believe-it-isn't-a-Hermes' Aristocrat. If I have it correctly, the Baby begat the Aristocrat which begat the SMC Empire-Corona et al. It is a familiar format but this one looks like it is built to a price. Imagine, a 1962 typewriter with no bichromatic option. Maybe they saved the frills for the De Luxe? The nearest in layout to this one in the collection is Antares Parva - the SMC looks and feels cheaper by comparison. I'll check under the hood sometime for similarities - it has the same slotted alloy billet with keys secured by a dowel. 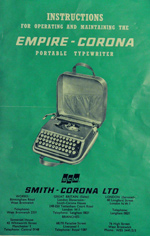 The platen is very spindly, so it has a tendency to put a curl in the paper causing it to feed back in. Then again, it has been pretty humid lately - which can't help. The good news is that a couple of pages typing and a drop of oil seem to have freed all the keys and got the line return ratchet engaging properly. This machine appears to have many incarnations so, if anyone wants a copy of the 6pp A5 instructions, just yell and I'll post a pdf. I suppose the copyright holders won't be paying much attention.
Posted by Rob Bowker at 17:00 2 comments: