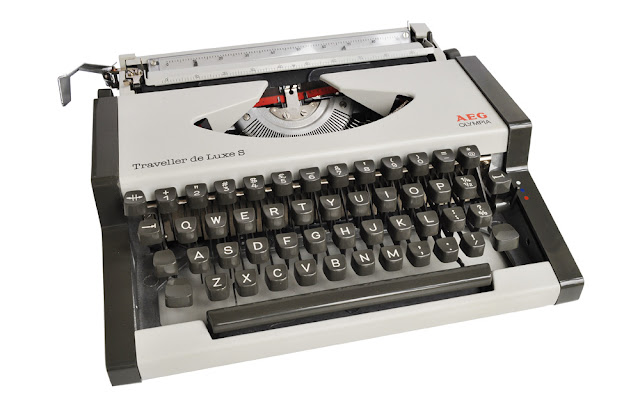 S/N: 5-817490
Colour: Lght grey with charcoal trim
Manufactured: Yugoslavia, post-1972
This one came from a Sue Rider charity sale for £5. Types very well. Has preset tabs as well as the other functions normal on an SF. According to Nick Beland, the Traveller was introduced in 1969 and in 1971 production began for it in the UNIS factory in Sarajevo, either immediately or eventually replacing production in Germany. 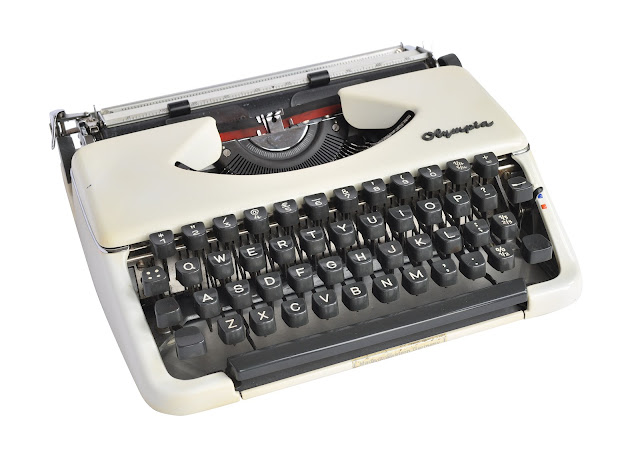 S/N: 5-1840599
Colour: Ivory
Manufactured: Wilhelmshaven, West Germany 1969
A compact version reminiscent of the larger SM series of Olympias below, especially in this body style. Other SFs have an angular shape. This, I think, is an evolution from those that look like this but which are designated  'Splendide'. Probably the best super-compact writing machine I have used - though not the quietest. Rescued from Oxford via eBay, £6. 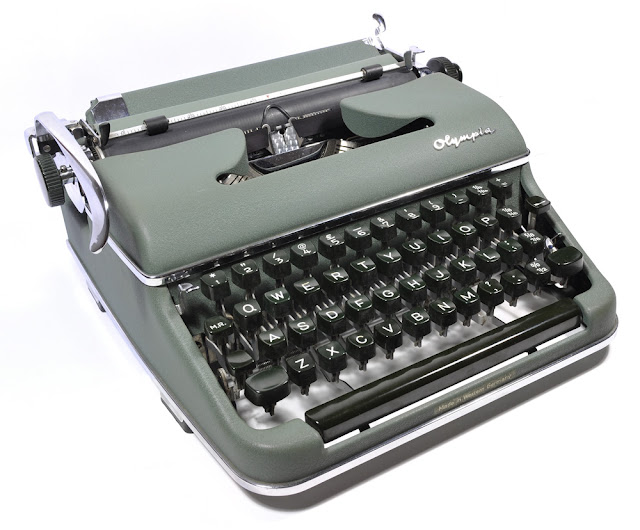 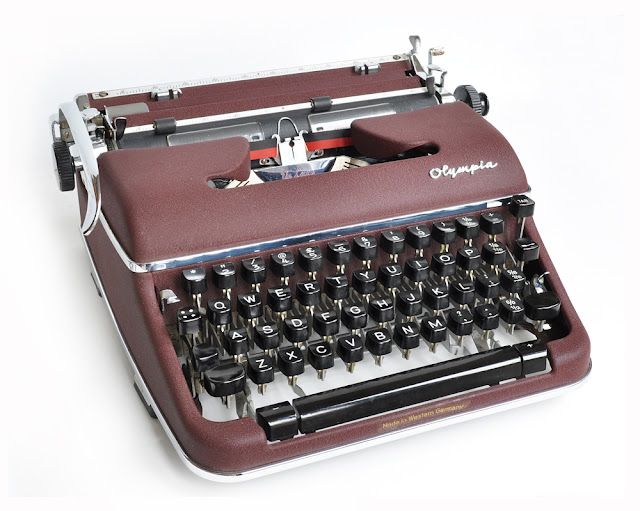 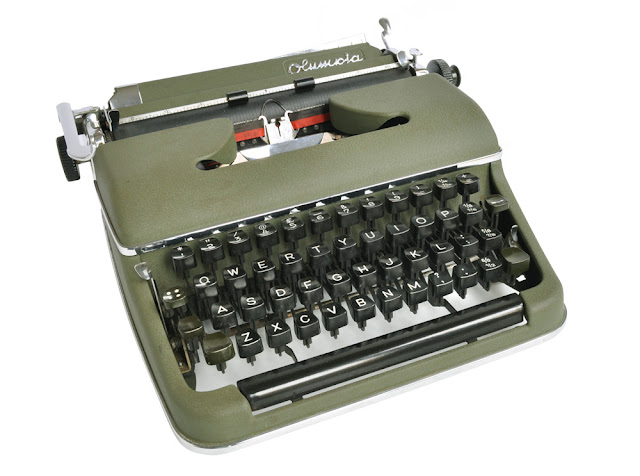 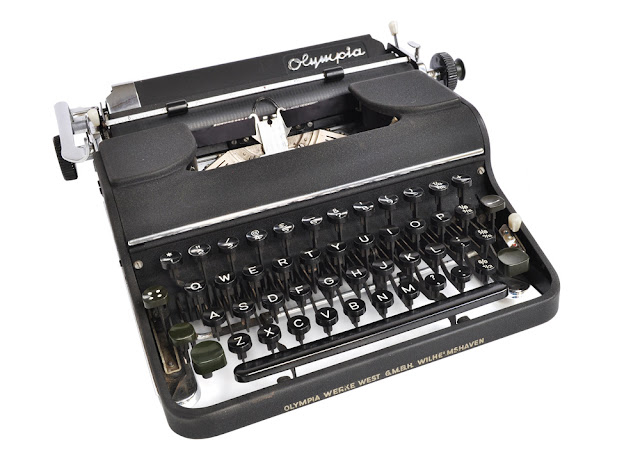 S/N: 73690
Colour: Black crinkle
Manufactured in Wilhelmshaven, Germany, 1950
In the interests of completism, I had to get an SM-1, though I'm not sure they were referred to by that name when new. This one has no carriage lock but does have plastic-tipped controls. Strange beast but types as well as any Olympia. £9, South Bucks Hospice, High Wycombe.