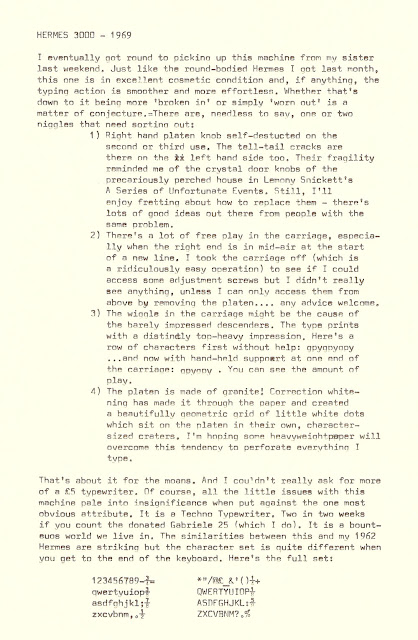 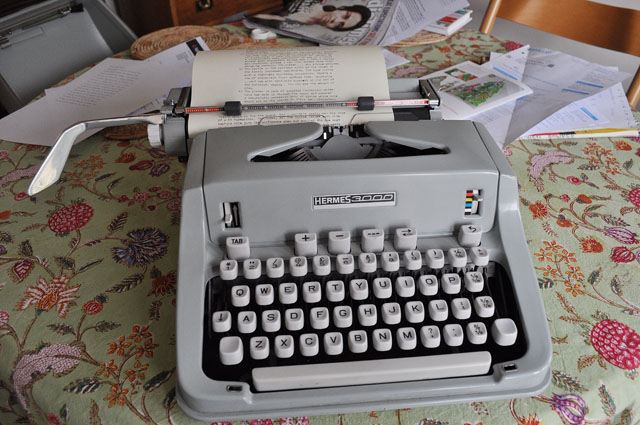 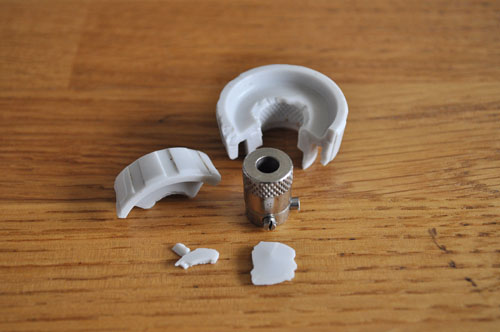 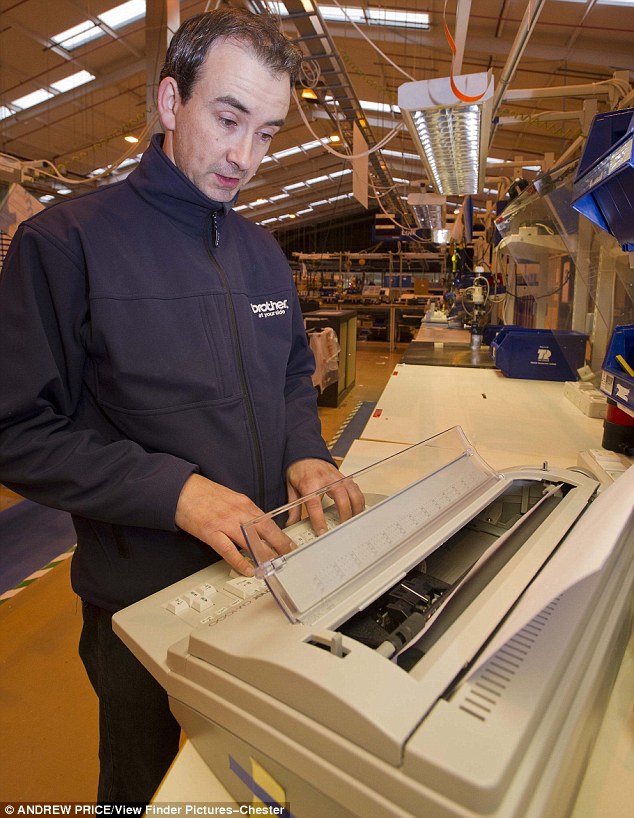 A typewriter, which its makers say is the last to be built in the UK, has been produced at a north Wales factory.

Manufacturer Brother, which says it has made 5.9 million typewriters since its factory in Wrexham opened in 1985, has donated the last machine to London's Science Museum.

The museum said the piece represented the end of a technology which had been "important to so many lives".

Edward Bryan, a worker at the factory since 1989, made the last typewriter.

"If people ever ask me, I can always say now, as a strange question, that I've made the last typewriter in the UK," he told BBC Breakfast's Colin Paterson.

He said he had previously "tried and succeeded to make one with my eyes closed".

I know that some overseas readers aren't able to access the BBC News domestic website so I'll upload a video to this page shortly.
Posted by Rob Bowker at 19:58 3 comments:

I was asked to show the re-badged Adler Gabriele 25 - Peter, here you are. The label came from our old fridge freezer. I like to think the stars now mean one out of four, for looks.

Now I have so much Eurotrash, I decided to slim it down by opening an Olympia page. I know, such largesse... and my new answer to the question, how many typewriters? About 40.

Notice to eBay Australia: this one's not for sale
Posted by Rob Bowker at 14:03 7 comments:

Dek in a widow 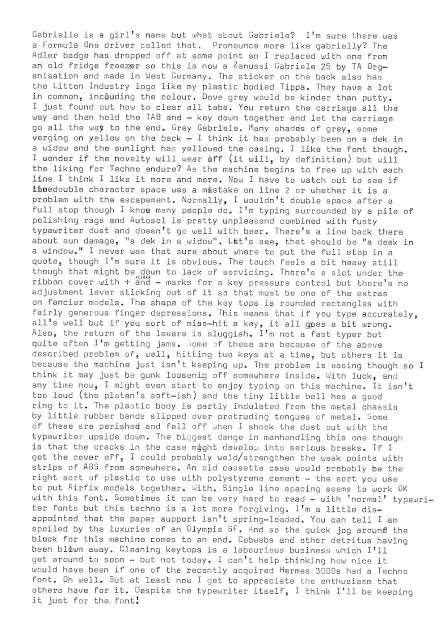 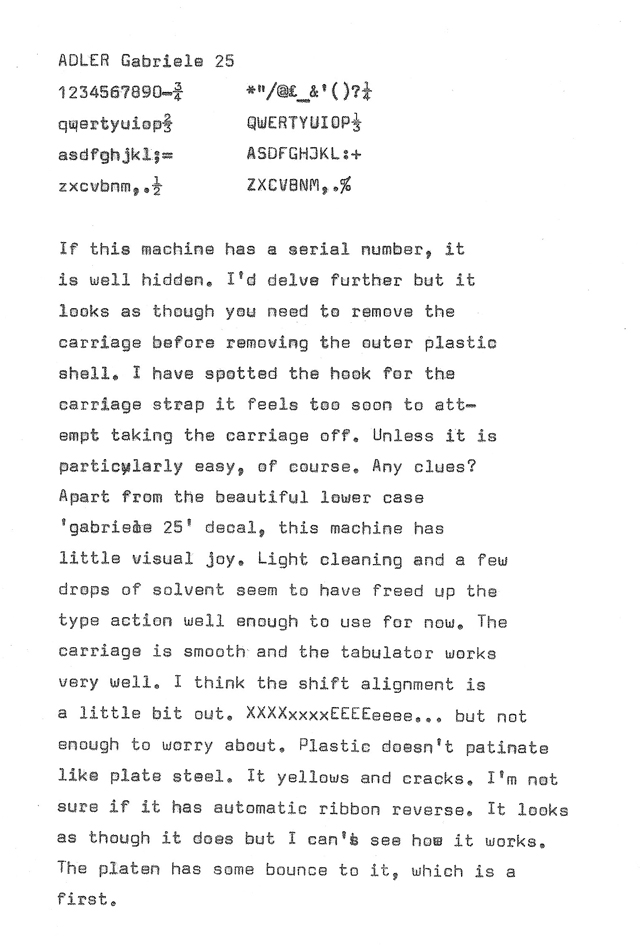 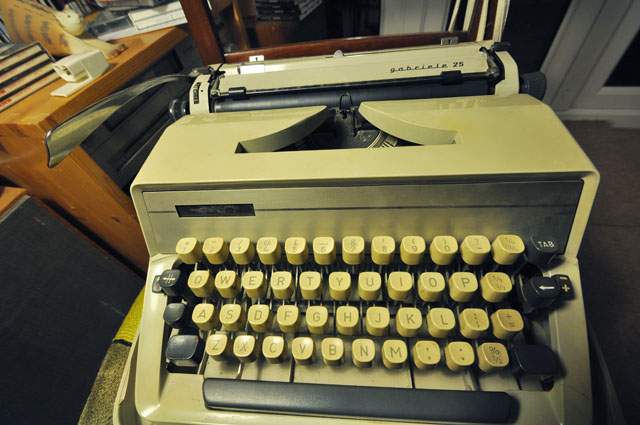 The doorbell rang. It was Fiona with a typewriter from a house clearance. Plastic, the odd fracture in the bodywork, missing badge, no touch control, segment (and more) needs a clean. 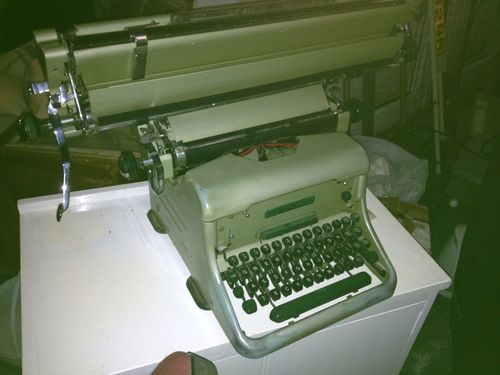 An Imperial 66 with serious genetic mutation.

As well as a degree in office machines, I reckon you might need a pilot's licence for this.