NOTE: sorry, typewriter-free post
I found this over on Fresh Ribbon.

Click it to get your very own, or go here.

This one's set at GMT/UTC but you can pick any time zone. 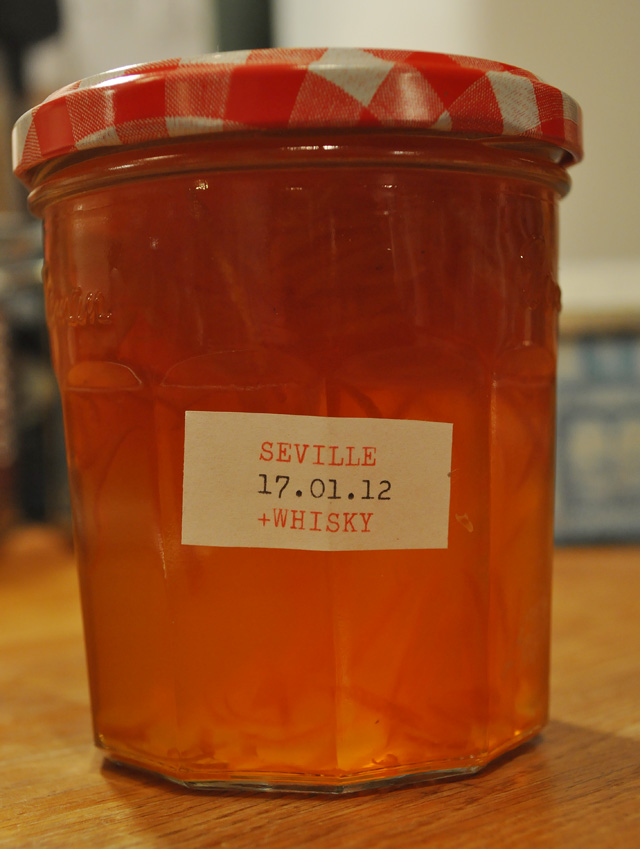 Maschinengeschrieben had a knack of turning up interesting videos which feature typewriters. Here's a couple which came my way via Google alerts. The first is from British Pathé. 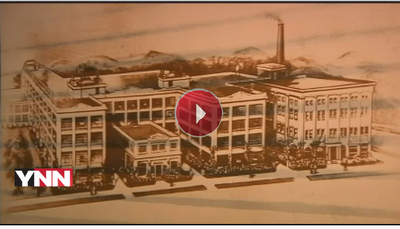 ...and a short film from Groton, the cradle of Corona. (Opens in new window)
Posted by Rob Bowker at 12:14 3 comments:

I received an enquiry from James (hi James) by e-mail. Here's the gist of it:
"In the middle of last year I bought a Remington Rand Model 1. It looked great but came with a few hitches, which I had managed to sort out, myself. One of which was a faulty bell mechanism. I found your blog and I fixed it with a safety pin. So thanks for that.
Anyway, I was using it today and it has broken in a new and exciting way. Underneath the typewriter there is a wheel (I don't know the proper lingo for the parts) and there is a chord that comes out from this wheel and goes off somewhere. I don't know where it goes because today it snapped off and bits of thread and dust went everywhere on the desk and beneath the machine and I can't tell where it originally belonged.
...in short: The chord snapped beneath the typewriter. The end attached to the spring-loaded wheel is still attached. The other end is not. Do you know where it should be?"
The fix: 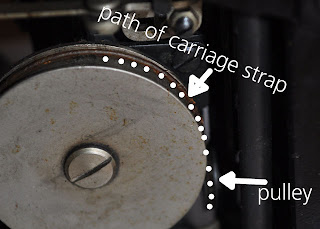 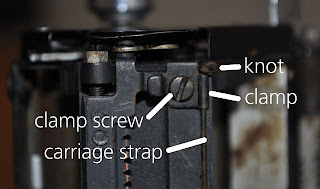 I think that's it. Comments or improvements to this technique welcome!
Posted by Rob Bowker at 14:22 29 comments: